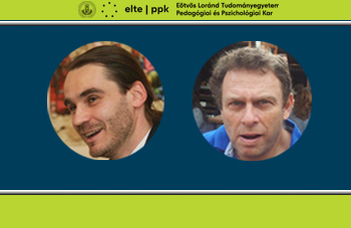 At the conference, which was held on 20th September 2019., Aviv M. Weinstein, honorary professor of ELTE, researcher of the Israelian Ariel University, and Michael Miovský, the clinical psychology professor of the Charles University in Prague held a lecture about the topics of addiction science.
Aviv M.Weinstein talked about the consequences of the use of synthetic cannabinoids and its effects on the brain, while Michal Miovský was talking about how to put the results of addiction science into practice.
The videos of the conference are available on the youtube channel of PPK:

Aviv M. Weinstein, Ph.D: Chronic use of synthetic cannabinoids is associated with impairments in cognitive function, brain's structure and function, and comorbidity with depression and schizotypal personality disorder
Michal Miovský, Ph.D: New opportunities in academic education and trainings in addictions: an unexpected challenge for psychology