Experiences of an international research 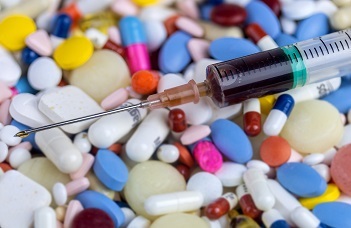 In their article, published in the Journal of Mental Health and Addiction, the researchers of PPK, Katalin Felvinczi, Róbert Urbán, Zsuzsa Kaló and Zsolt Demetrovics summarized the experiences of a research carried out in the framework of an international project. The research sought to answer how to characterize new psychoactive substance users.

New psychoactive substances (NPS) continue to be considered as a major public health concern in many European countries. The study was implemented within the framework of a transnational project of six European countries (Germany, Hungary, Ireland, Netherlands, Poland, Portugal). Our aim here is to report on the distinct and differentiating characteristics of marginalised NPS users. Three subgroups of a total of 3023 adult NPS users (socially marginalised, night life, online community) were examined regarding their socio-demographic characteristics, substance use, and external motives towards NPS use. Poland and Hungary reported higher rates of NPS use in comparison to traditional controlled drugs. The external/contextual motives did not play a central role in the background of NPS use, the least important motives were alleged legality and non-detectability of these substances. Marginalised (defined as those accessing low threshold harm reduction services) users’ substance use patterns are different from the other two groups in terms of showing more intense and riskier drug use. The most important variables which contributed to be categorised as a marginalised NPS user were lower level education, being older, having an unfavourable labour market position and using drugs intravenously. Contextual motives did not play a decisive role in being categorised as a marginalised user when drug use pattern was controlled. These identified discriminative features of marginalised drug users should inform policy makers to develop and implement tailor-made interventions targeting this user group to successfully tackle the elevated public health concerns associated with NPS use.

New psychoactive substances (NPS) are a major public health and policy concern in several parts of the world. NPS are defined as “synthetic or naturally occurring substances that are not controlled under international law, and often produced with the intention of mimicking the effects of controlled drugs” (EMCDDA 2014, p.27). In general, NPS represent a multitude of synthetic and natural compounds marketed as alternatives to conventional illicit drugs (i.e. cannabis, heroin, cocaine, speed, ecstasy), the most popular being cathinone derivatives (i.e. mephedrone, 4-MEC, MDPV), other amphetamine-type substances, and synthetic cannabinoids, with the phenomenon observed since 2007 (Caudevilla 2016; EMCDDA 2016). The legislative procedures related to NPS are very much varied in the different EU member states, covering, and initiating a wide range of measures to tackle the problem. Neicun et al. (2019) concluded that in most countries the general psychoactive substance-related legislation is in place to establish a temporary or permanent ban on new psychoactive substances; the actual legal consequences related to personal use (possession, cultivation, purchasing) of these substances is depending on the general rigour or strictness of the penal code of the given country.

The number of compounds labelled as NPS and observed through the Early Warning System (EWS) of the EMCDDA has grown from 13 (in 2004) to 650 (in 2016). General population-based prevalence estimates are rare and inconsistent with regard to trend monitoring of NPS use (Korf et al. 2019). According to the Eurobarometer (telephone surveys on drugs among young people aged 15–24 years in Europe), lifetime prevalence of NPS use increased from 5 to 8% between 2011 and 2014 (Eurobarometer 2011 and 2014). The most recent ESPAD study in 2015 reported 4% life time and 3% last year prevalence of NPS use among the 15–16-year-old European school population (ESPAD group 2016), with large differences among the different countries. In England and Wales, the 2010/2011 British Crime Survey identified a 0.6% lifetime ketamine use and 1.4% lifetime mephedrone use (Smith and Flatley 2011). The 2015 National Survey on Addiction Problems in Hungary found a 1.9%, 1.3% and 0.6% lifetime prevalence rate for synthetic cannabinoids, designer stimulants and mephedrone, respectively (Paksi et al. 2016). A national prevalence estimates among high-risk drug users in Belgium showed that the average reported use was 26%, in case of synthetic cannabinoid receptor agonists (SCRA) 19%, whilst for mephedrone 12.5% (European Monitoring Centre for Drugs and Drug Addiction 2017a). In the Czech Republic, one-third of the high-risk users had experience (LTP) with NPS (European Monitoring Centre for Drugs and Drug Addiction 2017b). Surveys targeting special (vulnerable) populations of NPS use are rare and struggle with methodological challenges; the available data suggest that these groups are more prone to NPS use, and show higher prevalence rates across all NPS types (MacLeod et al. 2016). Studies exploring the knowledge related to NPS in different countries and age groups revealed that the relevant knowledge is unevenly distributed among young respondents, with young people from rural areas showing less knowledge. These studies also suggested that there is a strong association between NPS use and the risk of binge drinking (Martinotti et al., 2015). The NPS situation has become even more challenging due to the emerging synthetic opioid crisis, which seems to be less alerting in most European countries than in the USA (Schifano et al. 2019); however, opiate use and related death rates are also increasing in the EU countries. The synthetic opioids—mostly fentanyl—play a significant role in those seeking specialised treatment in Europe (EMCDDA 2018).

Little knowledge is available about the specific motivations for NPS use and more in-depth research is needed to better understand these reasons (Moore et al. 2013; Korf et al. 2019). There are studies suggesting that the main motivations towards NPS use are curiosity, the enjoyable effects, or enhancement of social situations, similar to other conventional/classical drugs (Corazza et al. 2014; Measham et al. 2010; Werse and Morgenstern 2012; Winstock et al. 2015). Studies which have assessed the motivational background of NPS use have applied the four-factor motivation scale of Cooper (1994) which is used to measure alcohol consumption motivations, and was later further developed to measure cannabis (Simons et al. 1998) and amphetamine use related motivations (Thurn et al. 2017). These motivation scales are based on the Cox and Klinger’s Motivational Model (Cox and Klinger 1988) and concentrate on internal motivations such as coping, curiosity, conformity and enhancement. The internal motivation of different user groups and the psychometric properties of a new motivation scale appropriate for cross national study of NPS motivation were also analysed based on the dataset of this research. Apart from identifying the psychometric properties and usability of the scale in a transnational setting and in a special population, it was found that marginalised users showed a higher endorsement in coping motives. The reported results also suggest that marginalisation can be considered as a cross-cultural factor behind instrumental substance use (Benschop et al. 2019 submitted). Studies assessing contextual and/or external (pragmatic) motivations towards NPS use, revealed that temporary legal status, easy availability, low price, high perceived or expected quality/purity of these substances might play an important role in predicting use of NPS (e.g., Werse and Morgenstern 2012; Barratt et al. 2013; Soussan et al. 2018; Sutherland et al., 2017).

The aim of the present article is (i) to present some short term (last month, last year) frequencies of substance use; (ii) to identify the role of external/contextual motivation factors in NPS use of different user groups; and most importantly (iii) to identify a set of variables (discriminating features) which might contribute to being categorised as marginalised NPS user.