Can we listen to our hearts? 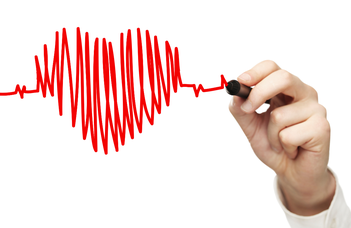 PPK researchers suggest how to use the much-debated Schandry test based on counting heartbeats, and how to interpret the results. The article by Eszter Ferentzi and her colleagues was published by Trends in Cognitive Science.

In the research of interoception, i.e. body sensations, one of the well-known methods for measuring heartbeat perception is the test developed by Schandry in 1981. In the experimental situation, participants count their heartbeats to themselves and tell the result at the end of the measurement. The number of heartbeats is also measured instrumentally during the same time, and the index indicating the accuracy of the heartbeat perception can be calculated by comparing the counted number and the measured value. The Schandry task is one of the world’s most widely used body sensation tests, despite the criticism of the procedure by many scientists. The critics consider the numbers reported by the test subjects to be unreliable since, for example, their body composition, momentary concentration, and even the expectations of themselves or perceived expectations can influence what they perceive or what they report about their heart rate. Since most people know the rhythm in which the heart beats, it is easy to "cheat" and get good results without actual perception. At the same time, many test results favour the reliability and usability of the test. For example, it seems that those who perceive their heartbeats better experience more intense emotions, whether negative or positive. This connection is also supported by brain potential research using EEG. This result is consistent with the psychological theories that emphasise the importance of interweaving bodily changes and subjective experiences in connection with the experienced emotion. The Schandry test is an easy-to-perform, simple test method for examining this important area.

The Ádám György Sport Psychophysiology Laboratory has a long history of interoception, i.e. the empirical research of body sensations, so it is not surprising that answers based on measurements and providing striking arguments in the debates surrounding the Schandry test were formulated in this think tank. The authors of the article, Eszter Ferentzi, Ferenc Köteles, and their German colleague, Oliver Wilhelm, assumed that some factors could not be eliminated during the research of body sensations, even with any test method. An example is the subjectivity of the individual’s body sensation since the subject of the investigation is the perception itself. In other words, we do the right thing if, when evaluating the results of the test, we consciously consider the factors that affect the individual's heart rhythm perception and interpret the results accordingly. These factors do not reflect the errors of the test but the specifics of the perception of internal signals.

The authors recommend that researchers working with the results of the Schandry test take into account that, for example, the test subject's body composition, physical fitness, cardiodynamics and attention capacity influence which heartbeats fall into the detection rate. It is also necessary to consider the test subject's performance expectations, for example, if the subject is aware of their resting heart rate, and this value is reflected in their perception. The article suggest that researchers using the test should be aware that it is possible to perceive heartbeats without cardiac background - this may also explain the high values ​​sometimes seen in the Schandry test. It should also be considered that there may be a difference between the perceived and reported heart rate, for example, if the test subject thinks that a higher number better meets expectation or if, for some reason, he wants to paint a different picture of himself than the real one.

The study can be read here.